Skip to content
Contents hide
1. What should you consider?
2. The emergency or temporary solution
3. Next steps
4. Everything done?
5. Employer disclosure #Iwork4Dell
Advertisements

Soon it is time, for Windows 7 the extended support ends on 14.01.2020. As with every end of operating system support the end comes “completely surprising”, okay, not really. At the beginning everything looks so far in the future, it is still x years time. But in the end, the problems appear.

I already saw this at the “surprising” end of XP. But there are also cases where migration is not so easy. Special problem areas can be interfaces to special Hardware. For instance, measuring workstations or production control systems. If a measuring instrument with current Windows 10 support directly costs a few tens of thousands of Euros, then you consider the investment.

But also for all those who are already migrating or have completed this, this article could still contain one or the other idea what one can do better for the future. With Windows 10 the service model was changed to Windows as a service, one could also say, “The way is the destination”. This also means that something has to change from the point of view of classical project management. A project should become a process instead.

What should you consider?

The question is, what now? Here are a few approaches for all those who have not or not yet fully addressed the issue of migration. Based on my experiences with migrations, here are a few things to think about.

When choosing tools and partners, it is important that they choose carefully. I have often seen that consultants with less experience advise customers in the wrong direction. “Inplace Upgrade is enough, you haven’t needed all the new features in years…”

The emergency or temporary solution

As with Windows XP at that time, there is again an emergency solution from Microsoft for those who can’t make it in time. But this time it’s easier to get. The Extended Security Updates (ESU) can then be obtained via a volume license agreement or a Cloud Service Provider. This is charged per device and becomes more and more expensive. According to Golem.de and other sources, the prices are USD 50 in the first year, USD 100 in the second and USD 200 in the third. Customers with an Enterprise Edition should only pay half. Whether customers who bought Windows 7 only as OEM or System builder can also purchase the extension as volume contract is not known to me at the moment. Maybe there will be additional costs, more information is to be expected at the beginning of April.

If you haven’t started yet, you should start now. Depending on the complexity, consider external help. You would not be the last one not to have started yet. In my job, I am at the moment about 60-70% at companies that are just starting with help (some of them have tried it themselves, others not).

Well then plan your next migration to the next release. I would be happy to provide you with a clear plan of the Support-Life-Cycles of Microsoft Windows and Office. 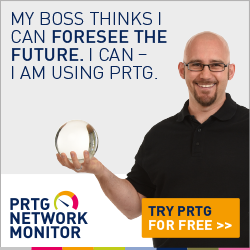